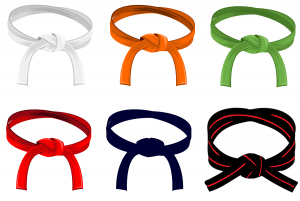 The 2013 National Festival and Dan Leadership Convention was a Dan focused national event with only a handful of highly motivated Gups in attendance. The Gups who were present were there because they had worked to earn the opportunity to share that event with Dan members. Congratulations to those Gups for their initiative and strong leadership potential!

A number of questions have been asked about the 2014 National Festival and whether or not Gups will be able to participate and there are two possible answers to that question.

“Do not go where the path may lead, go instead where there is no path and leave a trail.”
– Ralph Waldo Emerson

If you are a Gup member or you know a Gup Member who “says” they want to participate in the 2014 National Festival, only individual action can make it happen.

The Board has provided a fair and equitable mechanism by which all members who are SERIOUS about supporting or participating in the 2014 National Festival can do so; however, seizing that opportunity requires more than just lip service, it requires Action, Action, Action. Individual action.

Gups who earned the opportunity to attend the 2013 National Festival and Dan Leadership Convention knew exactly what they needed to do in order to get what they wanted… and they got it through their individual action.

This site uses Akismet to reduce spam. Learn how your comment data is processed.

Scroll To Top
We use cookies to ensure that we give you the best experience on our website. If you continue to use this site we will assume that you are happy with it.AcceptPrivacy Policy